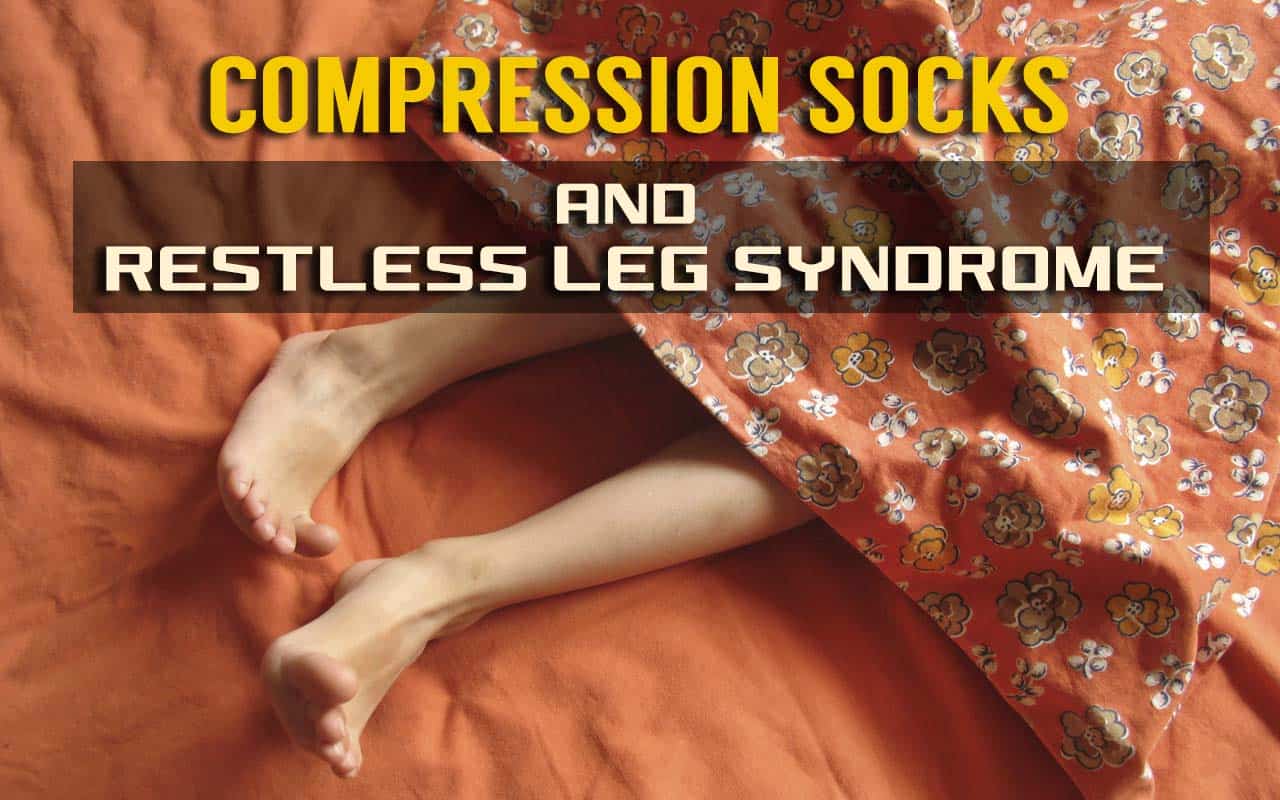 How can what you wear help how you sleep? Ordinarily, the connection might seem farfetched and quite unlikely. That is, beyond such basic things as how wearing comfortable clothes that fit well and are not too restrictive can allow us to lie down peacefully and enjoy a restful sleep that isn’t made itchy or stuffy or otherwise unbearable. You might be surprised to find out, however, that the connection can actually have something to do with our nerves… and socks. Well, compression socks, but socks nonetheless.

Sleep disorders may affect the length of time we sleep, or the quality of sleep we can obtain for that amount of time. Some might shrug at the very idea, thinking that sleeping is as simple as can be especially if one is already physically worn out and thus in need of it, but this seemingly straightforward concept can actually be quite complex and elusive. We need sleep, this much we know, but the amount and kind of sleep is not as readily known to all as they should be. Sleep deprivation can result in problematic body functioning over time, perhaps even psychologically speaking. So it makes sense to take a closer look at anything that can get in the way of a good night’s sleep – such as a stiff neck, or perhaps stressful thoughts, or even something called restless leg syndrome.

Restless Leg Syndrome is normally seen as an annoyance, but over time this can be so pervasive as to be truly problematic on a deeper level.

Mostly referred to as the acronym RLS, restless leg syndrome is best described as an uncomfortable urge to move the legs because of sensations in the nerves there. This is different from garden variety restlessness or even wanderlust, because this typically occurs when the legs are at rest, such as when one is seated or lying down asleep. People tend to describe this as an itchy tingling in the legs, sometimes felt as the pins-and-needles sensation usually encountered when having a leg wake up from falling asleep. This can sometimes be felt in the arms too, or in other cases be accompanied by cramps and similar pains. People experience these differently, and the severity varies. What almost always remains consistent is that it’s enough to bother you and reduce the quality of your sleep. It’s even worse if it comes every night, which it can.

It’s difficult to get hard numbers on this as restless leg syndrome tends to be misdiagnosed a lot owing to its symptoms being similar to other disorders. Some would suggest that some 10% of the US population experiences restless leg syndrome, usually more in women than in men, but without a specific age bracket targeted.

Why Do People Have It?

Just as it’s difficult to nail down a diagnosis because of how intermittent the symptoms tend to be, RLS is usually difficult to trace to a particular originating factor. Genetics would appear to be a significant indicator, though, given how many people with RLS have a relative with it as well (this is over half of RLS sufferers). Some risk factors, however, would seem to make a person more susceptible to it.

How Can It Be Treated?

One of the factors making the misdiagnosis of RLS so common is the lack of a uniform medical test for diagnosing it. Similarly, there is no cure for RLS right now, but treatments tend to be built on easing the symptoms. This can bring about greater comfort for the time being, and possibly until the RLS fades away more permanently.

What About Compression Socks?

One particular type of treatment that is seeing renewed attention is the use of compression socks. These tight-fitting sleeves serve the purpose of helping encourage proper blood flow in the legs, thanks to their generally snug fit. RLS compression socks encourage circulation, which is why they are often also prescribed for dealing with varicose veins and spider veins. This also makes them handy for fighting inflammation, and makes them a good bet against RLS. Proper circulation and keeping the nerves held down well can help lessen the sensation of RLS. Note, though, that this can take some getting used to, as we normally don’t sleep with our legs in tight-fitting sleeves.