The way we live our lives in the modern age is interesting, in that our physical well-being is often something we take for granted until we no longer have it, or at least until it is compromised enough for life to be less convenient. It is often at that time when we will then scramble to find ways to offset this physical discomfort, look for ways for our bodies to recover and try to think of ways to avoid these problems in the future. Prevention, of course, is always the far better way to minimize the effect that these problems can have on our bodies and our lives.

The Intricacies of Our Wrists

We might not realize just how important our smaller body parts are, especially when it comes to our day to day activities and tasks. Our hands, for instance, are used for a great many tasks on a daily basis. We can’t write, type, lift, or even open doors for the most part. This is something we don’t realize until it already happens, and by then it’s too late to do anything more than work to recover that lost functionality. This could take some time as well, as the body must be allowed to heal and recuperate at its own pace. Indeed, rushing it could lead to even more problems.

One such problem that we might end up causing ourselves due to a lack of care is carpal tunnel syndrome. This ailment is a fairly common one that can strike anyone regardless of age, which is particularly notable since one rarely thinks of joint ailments as something younger people would not need to concern themselves with. Carpal tunnel syndrome often manifests as weakness or tightness in the wrist or hand, brought on by pressure to the median nerve. This pressure is caused by swelling of the carpal tunnel, which ordinarily protects that nerve. The median nerve runs through the length of the arm, through the carpal tunnel in our wrists, and into the hand. It controls the movement of the thumb and all the fingers, and is the first thing affected when the carpal tunnel swells. Inflammation in the carpal tunnel occurs because of a number of factors. Sometimes it occurs to pregnant woman, because the shifts in their body chemistry might have an impact on this part of their body. In other cases, conditions like hypothyroidism, diabetes, rheumatoid arthritis and obesity may bring carpal tunnel syndrome along as a co-occurring malady. However, one of the more common sources for this to happen to anyone – even someone not dealing with those other issues – is repetitive movement. Carpal tunnel syndrome is an “overuse injury”, which is why repetitive movement involving the wrist and the underlying carpal tunnel can result in causing inflammation in the area.

Carpal tunnel syndrome results in numbness, pain and tingling in the wrist and even part of the arm, because of the inflammation impinging on the median nerve. More specifically, the synovium, which are the tissues surrounding the tendons in the area, can swell and crowd the median nerve. Other than pain, numbness and tingling, there may be shock-like feelings radiating through the hand. If not diagnosed or addressed early on, carpal tunnel syndrome can get worse over time – with nerve damage (to the median nerve) being a very real possibility – and as such the sooner it is dealt with the better. 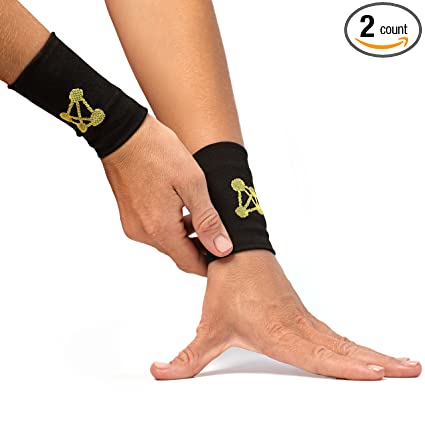 One nonsurgical option of carpal tunnel syndrome relief that has gained popularity is compression. Compression has always been an integral component of a variety of medical approaches to inflammation, not least due to the tight binding that it gives muscles and limbs – perfect for regulating and directing blood circulation, which is what inflammation commonly needs in order for the affected areas to get better. This is why inflammatory injuries are wrapped in gauze or similar material as a matter of course. Of late, compression attire has sought to leverage this by giving it the flexibility of being incorporated into clothing choices – compression socks, leggings, and wrist supports are not uncommon sights.

Some compression attire like CopperJoint wrist bands are even made with additional enhancements to aid the recovery process. A person suffering from carpal tunnel syndrome symptoms can relieve the pain by wearing a wrist glove or wrist support, which is not as restrictive as wrist splints and therefore more flexible to an extent. They do still operate of the principle of compression, which means they still put a healthy amount of pressure on the affected area. CopperJoint wrist supports in particular have copper fibers woven into their material, thus also making use of copper’s traditionally familiar ability to help reduce swelling.