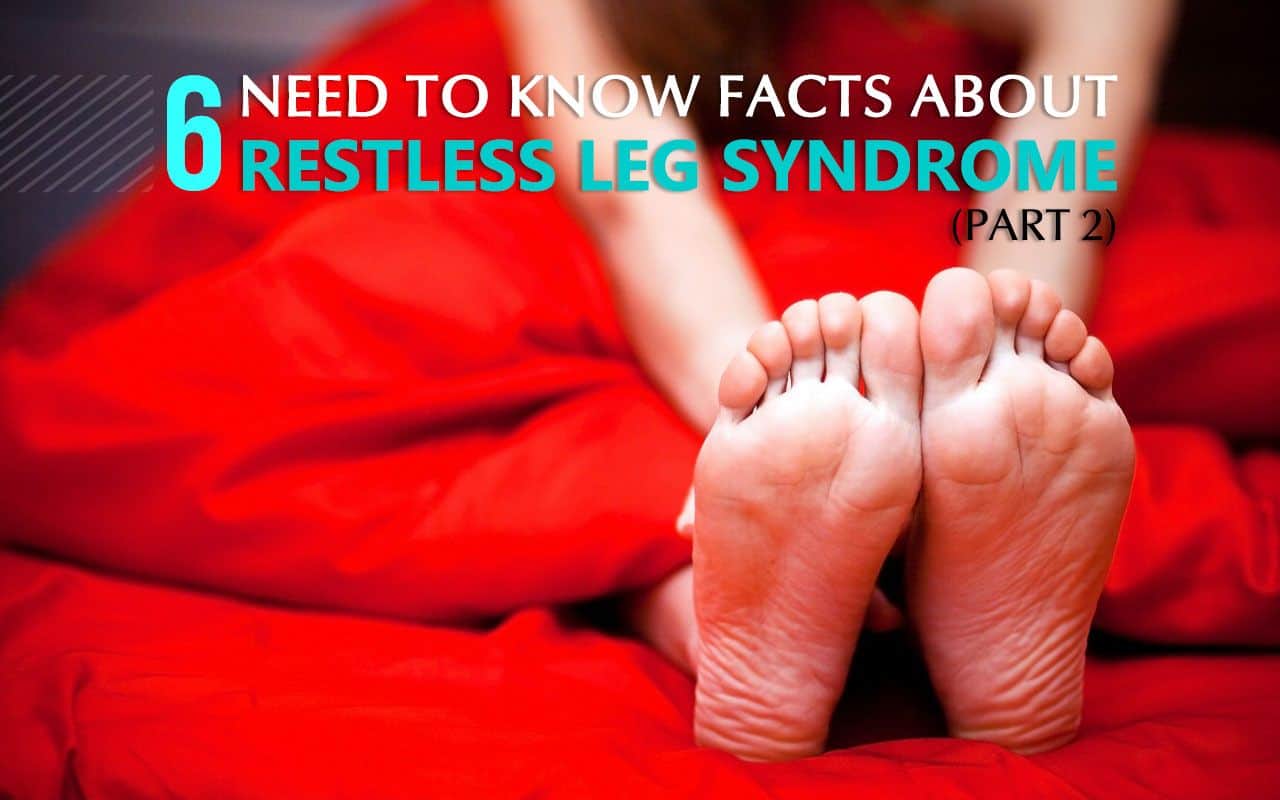 Just as the diagnosis of RLS is difficult, identifying the restless leg syndrome causes has also been tricky for modern medicine. One theory is that there may be a genetic component, which would appear to be supported by cases where relatives of RLS sufferers also eventually have RLS. RLS tends to be found commonly in families where symptoms appear before the age of 40. Indeed, links have been drawn between some gene variants and RLS; one other theory posits that it may be low levels of iron in the brain that might have something to do with RLS.

Research points to RLS being connected to a dysfunction in the basal ganglia circuits of the brain. This is tied to the use of the neurotransmitter dopamine, which is ordinarily relied on to help muscle activity and movement proceed smoothly. A disruption in these circuit pathways results in involuntary movements, akin to the movements that typically characterize restless legs syndrome. This theory may be supported by the occurrence of RLS in individuals with Parkinson’s disease – another ailment that affects the dopamine pathways of the basal ganglia. It’s worth pointing out, however, that a diagnosis of RLS does not necessarily indicate a likelihood of Parkinson’s later in life.

Furthermore, RLS seems to be related to a number of other conditions, although researchers are as yet not certain regarding possible causality. For instance, RLS can co-occur with chronic diseases like diabetes, peripheral neuropathy or kidney failure; treating these conditions tends to also result in relief from the symptoms of RLS. Another example involves medications that may contribute to the worsening or intensification of RLS symptoms – antipsychotics (such as phenothiazine or haloperidol derivatives), antinausea medication (metoclopramide or prochlorperazine), serotonin-boosting antidepressants, and some sedating antihistamine-based medication can be factors. RLS symptoms tend to also occur during pregnancy, particularly in the final trimester, although symptoms typically taper off within a month after birth.

Fact 5: How Is RLS Diagnosed?

It’s worth noting that there is no specific test that confirms the restless leg syndrome diagnosis. There are, however, four criteria that are usually involved in diagnosing the disorder.

A doctor will typically pay attention to the description of the symptoms, as well as what appears to set them off or relieve them, in order to determine whether these match RLS symptoms, triggers and relieving factors. This includes information about the duration, frequency, and intensity of the symptoms manifesting. Further information that might be helpful would be about the disruption of sleep patterns or how much the RLS impacts daily function. The time frame of when in the day the symptoms appear and taper off will also be helpful. A thorough physician will likely seek a neurological exam as well as a physical one, and inquire into the family’s medical history as well. It can be even trickier to diagnose RLS in children because they might have difficulty giving this sort of information, and thus the symptoms might be misattributed to growing pains or ADD.

Generally, lab tests may be undertaken with the purpose of ruling out other possible causes behind the symptoms. Iron and vitamin deficiencies can usually be cleared through blood tests, while sleep studies like polysomnography can help pinpoint other possible factors, such as sleep apnea, that can disrupt sleep.

The treatment of RLS is usually geared toward lessening the symptoms. Sometimes relief of the symptoms can be attained by treating a co-occurring medical condition such as diabetes. It is often also recommended that someone dealing with RLS cut down on caffeine, alcohol, and tobacco, and perhaps consider supplements that can help boost their possibly-deficient levels of iron, folate and magnesium. It might be recommended that they undergo a simple exercise program and include some leg massaging, or perhaps use an ice pack or heating pad when they sleep. It’s worth noting, though, that these treatments might give relief but will rarely ever fully eliminate the symptoms.

Some medication options can provide some relief, typically dopaminergic medications (also prescribed for Parkinson’s given the similar symptoms) that can help minimize the impact of symptoms. There are some side effects that are possible for those taking these medications, including nausea and dizziness. Other medications aren’t designed to directly deal with RLS, but can help reduce the symptoms – these include opioids, anticonvulsants, and benzodiazepines.

Another possible treatment is the prescription of compression socks. Compression attire has long been popular for the effect that the tight fit can have on the muscles being compressed underneath – the snug fit encourages proper circulation, which allows freshly-oxygenated blood to continue coursing to the muscles that need it. As a matter of fact, patients complaining of varicose veins and spider veins usually have compression socks and the like prescribed to them, as the improved circulation can help lessen those issues. Compression socks and calf sleeves also tend to help with inflammation in joints as well as in muscles, and this would suggest that they can be a helpful treatment for those complaining of RLS thanks to the way they encourage circulation and keep nerves in place.